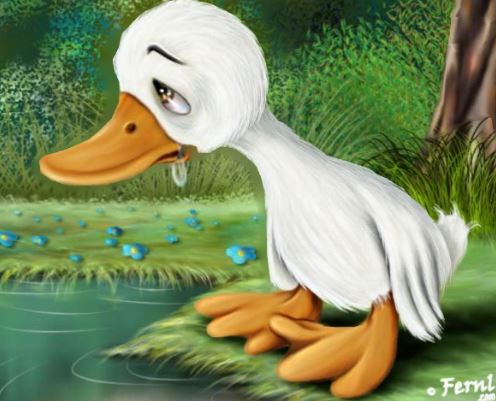 Today God wants you to see your identity through His eyes.

We have been brought up with seeing things through the worlds eyes and the worlds views. You’ve heard the expression “If it looks like a duck, quacks like a duck and acts like a duck, then it’s a duck”. Our eyes see a duck and our minds agree. If we looked closer and peered through God’s eyes we might see something different. What if the truth was it wasn’t a duck at all, but a swan?

In the Hans Christian Anderson’s children’s story “The Ugly Duckling” that’s exactly what happened. A swan’s egg somehow ended up in a duck’s nest. As the swan hatched he was surrounded by ducks. He naturally thought, “Hey, I’m a duck!”

The swan grew up around ducks and learned how to be a duck. The swan always felt he didn’t look like the rest of the ducks and came to the conclusion “There must be something wrong with me. I’m not as attractive as the other ducks. I’m just the ugly duckling!”

That poor swan’s identity was stolen by believing a lie. The life of feeling beautiful, regal, and floating on the water was stolen away by a false identity. The swan will always feel something is not right with it because he is living a lie. The swan didn’t know how to be a swan because he was never told who he really was. He would just conform to be a duck and never learn the truth of his identity.

Sometimes that happens to us and we forget our real identity as sons and daughters of God. We are told lies about ourselves, our life or our destiny. We believe the false images of who the world says we are and it breaks down the true vision of who we were created to be.

We need to stop looking through the lenses of how others view of us and look at how God created us. God sees us as beautiful, chosen, precious, valued and loved. He desires all His children and wants us to walk in our true identity.

Throughout the Bible God showed people their true purpose. He called a Shepard by the name of David to be king, a orphan named Moses to deliver the Israelites out of bondage and young virgin named Mary to be the Mother of God! Each person was told who they were by the world, but God had a different view of their identity.
He knew the truth about their calling and He showed them exactly who they were called to be. God began a beautiful transformation from ordinary to extraordinary.

We can get so caught up in the lies that we have been told about ourselves that we lose the real vision of who we are. In the book of Romans it says “Don’t copy the behavior and customs of this world, but let God transform you into a new person by changing the way you think. Then you will learn to know God’s will for you, which is good and pleasing and perfect. (‭Romans‬ ‭12‬:‭2‬ NLT).

See, when we look through God’s eyes that’s when we start to see ourselves differently. We start to think and act differently. We begin to live our lives in truth and in our real image! The lies will begin to fade and the new persona will begin to take over. We will no longer be who the world dictated, but we will become who God created us to be!

You see, when we look through God’s eyes we will see our true self and the royalty we truly are. When the truth of image is revealed we will never go back to our old man. Sometimes you need to remind yourself you were created to be so much more. There is a swan inside of you that needs to tell the ducks of the world “I never was a duck. I was created as something extraordinary, I’m a swan!”

Have a blessed day!